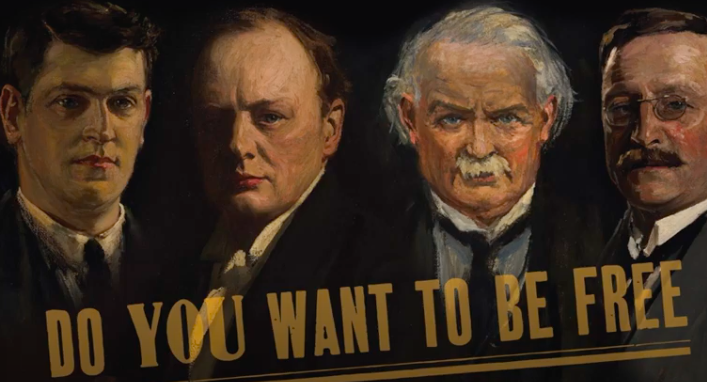 This exhibition features for the first time Sir John Lavery’s paintings of the Treaty signatories from Hugh Lane Gallery next to contemporary artefacts of the time from the National Museum of Ireland’s collection. Museum objects include the fountain pen reputedly used by Michael Collins to sign the original Treaty document and propaganda handbills.

Visit Studio and State: The Laverys and the Anglo Irish Treaty at National Museum of Ireland, Collins Barracks, Dublin from 24 November 2021 until December 2022.