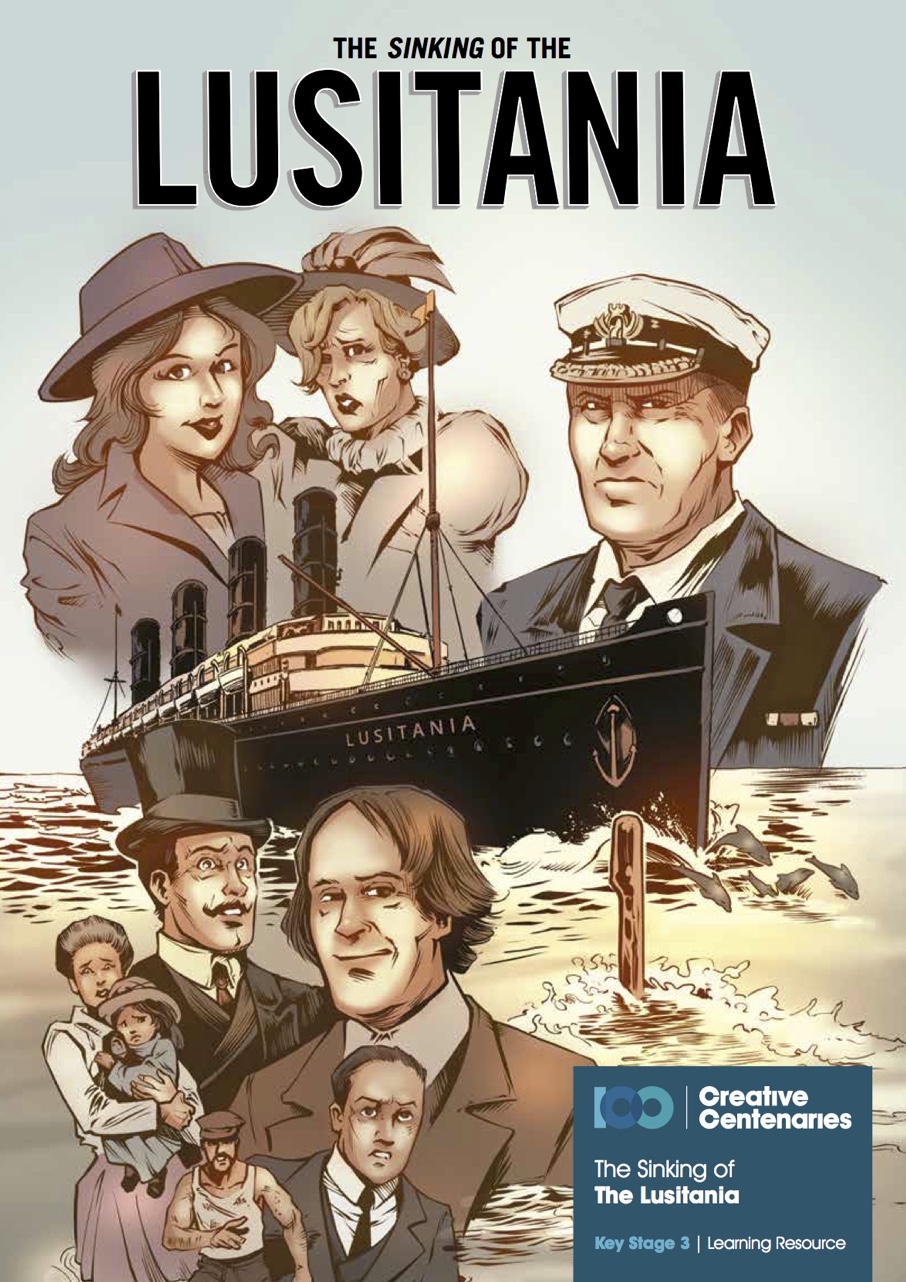 A new graphic novel on the sinking of the Lusitania, told through the eys of real life characters, is now available to download.

Developed by the Nerve Centre's Creative Centenaries project, the short story charts the sinking of the famous liner through the experiences of two women from Limavady travelling home from New York. The story also features notable people on board the ship including philanthropist Alfred Vanderbilt and journalist Elbert Hubbard.

The sinking of the Lusitania by a German U-Boat in 1915 cost the lives of over 1,000 people and is credited as a starting point for America entering the war effort in 1917.

The novel has been designed with an education pack curriculum linked to Key Stage 3 with background information, maps, a glossary, infographics and learning tasks.

Digital tasks encourage students to compile their own radio plays, create a newspaper front page or compile a class wiki on the sinking. A task also encourages students to create their own sinking about the Lusitania or 3D print a model of the ship - click the link to download the pack along with all the materials you will need.

Download the comic now and start to explore a defining moment from the time of the First World War.

For more information and to access hard copies of the graphic novels, email: info@creativecentenaries.org

Creation of the 'Sinking of the Lusitania' was supported by the Department of Foreign Affairs and Trade.