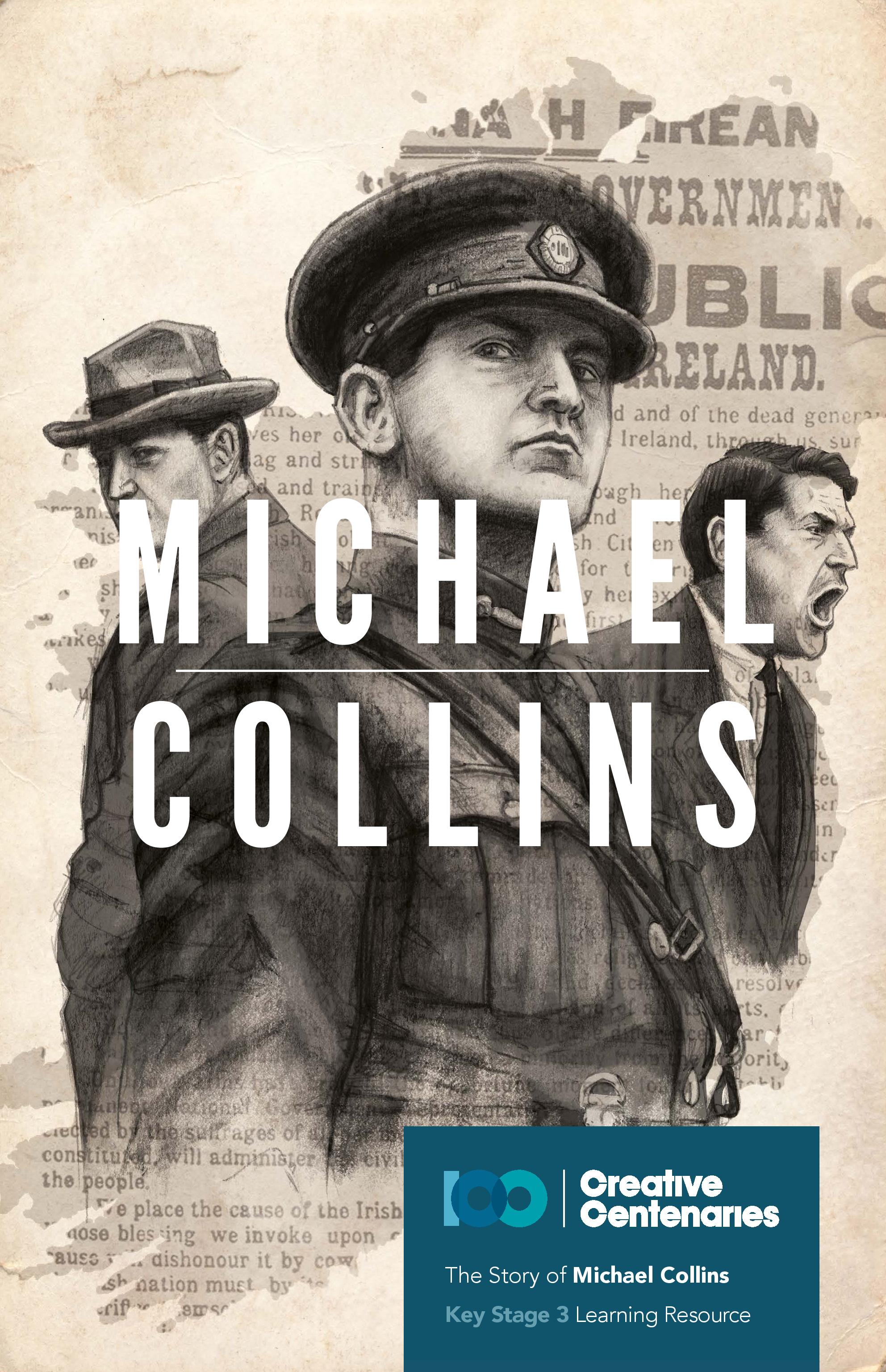 A graphic novel looking at the life and impact of Michael Collins, a leading figure in the Irish republican movement in the early 20th century, is available to download and view.

Developed by the Nerve Centre’s Creative Centenaries project, the story charts the life of Michael Collins as a revolutionary, soldier and politician, and his role in the events leading to Irish independence.

It is the latest in a series of novels developed by Creative Centenaries, which provides new and innovative resources on real people in Ireland during the Decade of Centenaries.

The graphic novel will be printed back to back with the story of James Craig and will feature an education pack for use in the classroom at Key Stage 3.