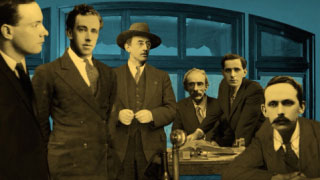 An animated film has been developed by Creative Centenaries to tell the story of the Easter Rising.

The short film explores the events leading up to the 1916 uprising, including a profile of some of the main people involved, as well as detailing the actions of both sides during the urban battle and the impact left following the executions.

Developed in conjunction with Whitenoise Studios, a unique visual style of 3D mapping has been used to bring old imagery to life in a retelling of the events that shaped the history of Ireland.

This animation has been supported by the Community Relations Council and the Department of Foreign Affairs and Trade.