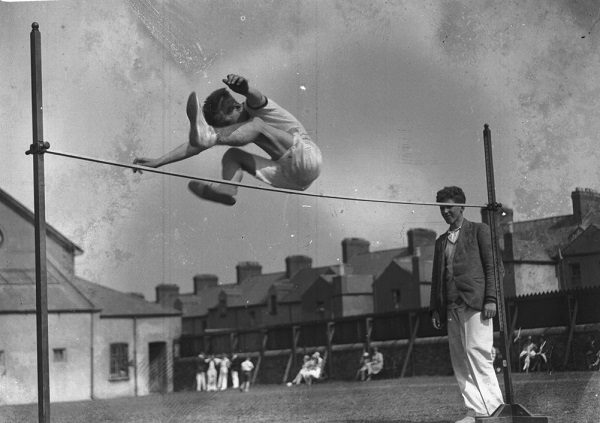 Partition forced difficult decisions on almost every sporting organisation in Ireland. At a time when sport was rapidly rising in popularity and becoming a vital determinant of national identity, the officials and players of various codes had not only to navigate a new border, but also to decide quickly how they wanted to play on the world stage. Were they Irish, Northern Irish, or British; or could they be more than one of these? What would they call their teams, what colours would they wear, and what would their symbols be? This talk will discuss how the early years of partition saw many of the sporting allegiances for Ulster and Irish athletes settled for the next century.

Historian Dónal McAnallen has lectured and written widely on the history of sport in Ireland. He is the author of, among others, ‘The Cups that Cheered’ (2012) and ‘Forgotten Gaelic Volunteers: GAA Members who fought in World War One’ (2019). Dónal is the Library & Archives Manager for National Museums NI.

Heritage from Home talks have been made possible through the Shared History Fund with money from The Northern Ireland Office allocated by the National Lottery Heritage Fund.

This talk will be delivered on Zoom.