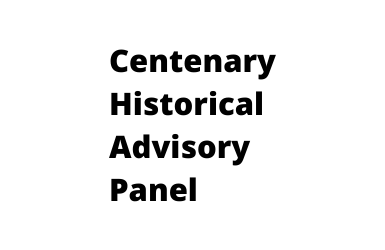 The NI Centenary Historical Advisory Panel is delighted to be collaborating with the Nerve Centre to host the Panel’s digital content on the Creative Centenaries platform.

The Panel was established in August 2020 by the Prime Minister. It brings together academics with a range of expertise and historical perspectives, and is chaired by Lord Bew, Emeritus Professor at Queen’s University, Belfast. Its membership is listed below.

The Panel is an independent body tasked with ensuring that the historical facts of the period are understood in their fullest context. Its work will be guided by the Principles for Remembering. As part of its role, the Panel will seek to develop and curate accessible content which encourages a deeper public awareness of the events surrounding  the centenary. Much of that content will be hosted on the Creative Centenaries website. Professor Lord Bew was educated at Pembroke College, Cambridge for both his MA (1971) and PhD (1974), and of which he is an Honorary Fellow. Emeritus Professor of Politics at Queen’s University Belfast and independent Crossbench Peer in the House of Lords since 2012, Lord Bew chaired the Committee on Standards in Public Life from 2013–18, and in 2015 co-chaired Parliament’s Committee to commemorate the signing of Magna Carta. He is currently Chair of the House of Lords Appointments Commission.

Author of recent publications Churchill and Ireland (2016), The Making and Remaking of the Good Friday Agreement (2007) and Ireland: The Politics of Enmity 1789–2006 volume of which forms part of the Oxford History of Modern Europe series (2007), Lord Bew is also a biographer of John Redmond, Sean Lemass and Charles Stewart Parnell. Lord Bew is a member of the Royal Irish Academy, member of the British Irish Parliamentary Assembly and former President of the Irish Association. He was also an historical advisor to the Bloody Sunday Tribunal. Brian Barton, FRHistS, was born in Dunkineely, County Donegal, in 1944. He was educated at Methodist College, Belfast, graduated from Queen’s University Belfast in 1967, was awarded an MA by the University of Ulster in 1979, and completed a PhD at Queen’s in 1986 on the early career of the 1st Viscount Brookeborough. He lectured at the College of Business Studies, Belfast, 1971–94, tutored in modern history with the Open University, 1995–2013, and was a research fellow at Queen’s and at Churchill College, Cambridge.

He has written and edited multiple books on twentieth-century Irish history and politics, which has always been the main focus of his research. His most recent publications include The Belfast Blitz: the City in the War Years (2015), and The Secret Court Martial Records of the Easter Rising (2010), and he co-authored The Easter Rising (2011). He co-edited and contributed to The Northern Ireland Question: Perspectives on Nationalism and Unionism (2020). He also contributed chapters on Northern Ireland to A New History of Ireland, Vol. VII, Ireland 1921–1984 (2003). Dr Marie Coleman is a Reader in Modern Irish History at Queen’s University Belfast. Her publications include County Longford and the Irish Revolution, 1910–1923, The Irish Revolution, 1916–1923 and a number of academic articles on the role of women in revolutionary Ireland, gender and violence in the Irish war of independence, the southern Protestant experience of the revolution and the award of military service pensions to revolutionary veterans.

She is an advisor to the Irish Military Service Pensions Collection and Beyond 2022: Ireland’s Virtual Record Treasury projects, and sits on the Church of Ireland’s Historical Centenaries Committee. She has contributed to television and radio documentaries for BBC and RTÉ and provided expert commentary for newspapers including the Irish Times, Irish Independent, Irish News and News Letter. Dr Niamh Gallagher comes from Co. Armagh in Northern Ireland. Her first book, Ireland and the Great War: A Social and Political History (Bloomsbury, 2020) is a revisionist history of the Irish in the First World War and the first work of Irish history to win the Royal Historical Society’s 2020 Whitfield Prize, awarded to a new author for the best work in either British or Irish history. Niamh has worked on a variety of topics including the Great Famine, social, cultural and political aspects of the First World War, the revolutionary period in Ireland, and on aspects of British policy. She has appeared regularly on TV and media. She is a Lecturer in modern British and Irish History at the Faculty of History at the University of Cambridge and a Fellow of St Catharine’s College.

She has appeared regularly on the media, most recently on the series The Hunger about the Irish Famine, produced by RTÉ and Tyrone Productions, on BBC Radio 4’s ‘In Our Time’, and as a panellist in the Irish Embassy in London to discuss the subject of partition. She also leads the Mether Initiative at St Catharine’s College alongside former Labour Party minister and peer, Des Browne, where future leaders, academics and policymakers can connect and learn from the history of Britain and Ireland in all its variety. She is the author of two books, Seán MacBride: A Republican Life (2011) and Terrorist Histories (2016), as well as a number of articles and book chapters on the revolutionary period and Irish history more broadly. She has published widely on Belfast in 1966, republicanism, policing and the state in nineteenth-century Ireland, and Roger Casement. Her publications include the book British High Politics and a Nationalist Ireland: Criminality, Land and the Law under Forster and Balfour (1994). She co-edited 1916 in 1966: Commemorating the Easter Rising (2007) and published more recently on the commemoration of the Easter Rising in 1966 and 1976. She is currently working on a book on Alice Stopford Green and her national and global network. Professor Henry Patterson’s interest in the social, economic and political factors that underlay the formation of the Northern Irish state and its subsequent history developed as an undergraduate at Queen’s University Belfast in the 1960s. At that time little had been written about the labour history of Northern Ireland; this led to his first book, Class Conflict and Sectarianism (1980). He is particularly interested in the interplay of class and sectarianism in the history of Unionism and the Stormont administration. This was a central part of his Ireland since 1939 (2008) and also of Unionism and Orangeism in Northern Ireland since 1945 (2007).

Professor Patterson considers that Northern Ireland’s history cannot be understood without relating it to the development of the Irish state and also the history of its most militant opponents, Irish republicans. This interplay is reflected in his Sean Lemass and the Making of Modern Ireland (1982); The Politics of Illusion: Republicanism and Socialism in Modern Ireland (1989 & 2017) and Ireland’s Violent Frontier: The Border and Anglo-Irish Relations during the Troubles (2016). His present research is on the social and political history of Unionism in North Down from the Home Rule period to the Troubles. Professor Graham Walker has focused on the history of Northern Ireland since his years as a doctoral student. His initial interest was in the field of Labour History, and he explored the difficulties experienced by those who sought to establish a Labour political presence in the new Northern Ireland through to the Second World War. This research resulted in his The Politics of Frustration: Harry Midgley and the Failure of Labour in Northern Ireland (1985).

Professor Walker then pursued a comparative scholarly treatment of Northern Ireland politics with those of Scotland in the twentieth century. He went on to focus in particular on Unionist politics in Northern Ireland in his A History of the Ulster Unionist Party: Protest, Pragmatism, Pessimism (2004), and in a co-edited collection, Unionism in Modern Ireland (1996). His recent work has concerned the operation of devolution in Northern Ireland, and has considered how Northern Ireland’s distinction of being the first devolved part of the UK holds great significance today in the context of the intense political debate over the future of the UK Union.